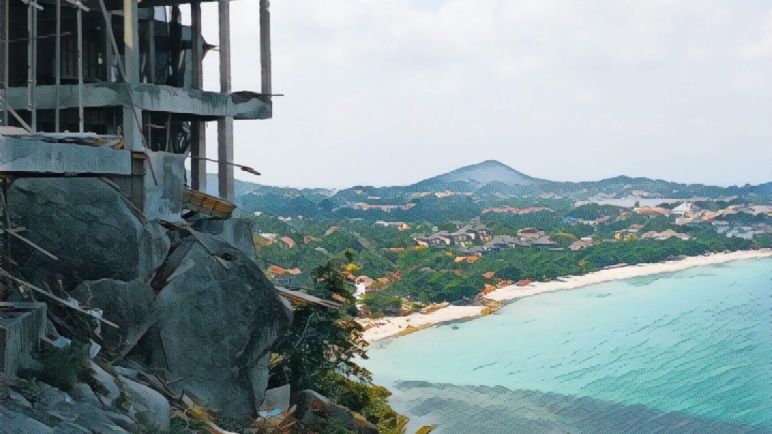 Thailand’s foreigner registration prohibits foreigner’s business activities without foreigner business license, foreigners working without a work permit, and the acquisition of land by foreigners. The restrictions on real estate acquisitions are made by the Thailand Land Code. The provisions of the Land Code do not define the meaning of “land”. This is done in the Civil & Commercial Code of Thailand (“CCC”).

An exemption from the statement above has to be made when the foreigner manages to separate the house ownership from the land ownership. In that case, he is allowed to hold house-only ownership in Thailand.

House ownership under a superficies

Apart from the specific condominium legislation, the law offers just one possibility to separate land and house ownership. It is called superficies. If the superficies is agreed and registered on a specific plot of land, the house ownership can be transferred to a different legal owner than the owner of the ground.

There are no other tools and modules to obtain legal ownership in a house. The house book, the building permit or any other private or government documents have no influence on the villa ownership. These rules are identical for Thais and foreigners.

From the balance sheet point of view, the land is always booked separately from the house or villa. While the land is not depreciated, there is a certain depreciation rate for the house. This is independent of the existence of a superficies.

The superficies enables that the house ownership is transferred to the foreigner and. as a result, no longer booked in the balance sheet of the landlord respectively land owner company. In that case, the foreigner is taxed on the profits if the house is sold at a later stage.

By contractual agreements between the land owner on the one side and the house builder or house buyer on the other side, the separate accounting of the villa can be achieved even without a separation of the legal ownership. This is the reason why the house book, the building permit and other documents have a significance for the parties. They are relevant for the accounting, not for the legal ownership.

Under tax planning aspects it is typically advisable that the foreigner does not hold both assets individually, but that through a foreign company. Instead of selling Thai shares and Thai villa he can sell the shares in the foreign company. As a result, no Thai taxes fall due. The transaction is neither a tax event in Thailand nor is there any ground for a registration in Thailand.

Justinian Lawyers Thailand Delegation together with its logo constitutes since 2015 the sidekick brand name of the Bangkok investment law firm and is meanwhile protected for legal services by Thai trademark laws. The formal registration is still pending, but has a retroactive effect.